The Kalamazoo/Battle Creek International Airport opened in the late 1920’s. The airport initially provided passenger service to Grand Rapids, 33-miles to the north, as well as air mail service. A control tower was built in 1961. At its peak, in the early 1990’s, the passenger terminal accommodated more than 500,000 annual passengers; in 2012, this figure was down to roughly 250,000 passengers.

The number of annual airport operations has declined significantly. A peak of 109K operations in 1999 fell 59% to 45K operations in 2012. FAA data shows the airport averaged 124 operations per day in 2012, which equates to four takeoffs per hour for the 17-hrs of daily air traffic control. ATC is provided by FAA personnel, and includes local TRACON services. The nearest controlled airport is the Kellogg Airport in Battle Creek, just 14-miles to the east. 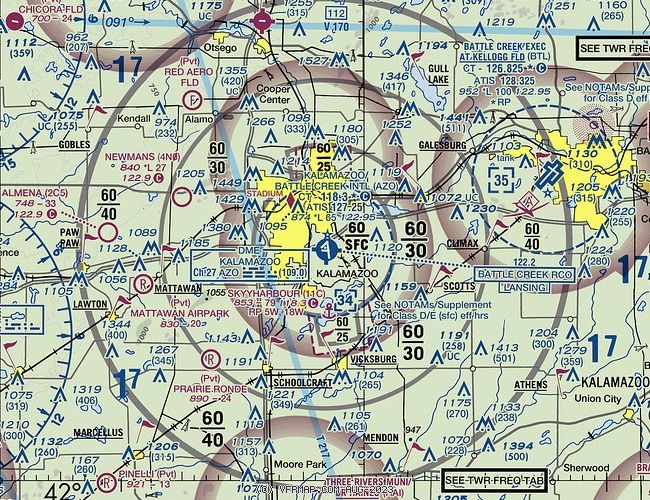