Hilton Head Island is a small island at the south end of South Carolina, famous for its golf courses and major golfing events. Golfer Arnold Palmer was one of the first public figures in the U.S. to own and fly a personal jet, and was thus promoting small jet ownership way back in the 1960’s. He advocated for the development of an airport on Hilton Head Island. That airport, on a tiny 131-acre parcel, opened in 1967.

The current airport configuration is a single 4,300′ by 100′ wide runway. The airport authority offers extensive guidance for noise abatement. A 2009 Airport Master Plan calls for the acquisition of adjacent properties (and some displacement of businesses) to extend the runway to a length of 5,000′. That runway extension will increase the size of aircraft that currently uses the HXD airport.

The airport is served by a contract control tower, open 14-hours per day, and handling 91 operations per day. There are 87 aircraft based at the airport. A U.S. Airways regional commuter provides eight daily flights to their hub at Charlotte, NC. The airport averaged 61,000 enplaned passengers in 2011 and 2012. The primary airport for commercial flights in this area is Savannah, located 30-miles west of HXD, and providing ample direct flights to Atlanta, Charlotte, Houston, Dallas, LaGuardia, O’Hare and other hubs. 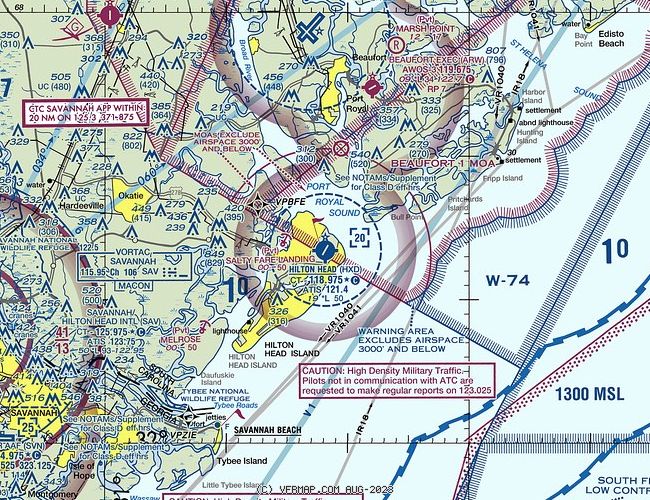