Located on 1,300 acres in central Texas, the San Marcos Municipal Airport was formed in 1965 after the closure of Gary Air Force Base. The base was used to train thousands of air navigators during WWII, then became the largest military helicopter training facility in the nation during the 1950’s. When the base was closed, portions were assigned for vocational training use under the new federal Job Corps program.

There are approximately 97 aircraft based at San Marcos, mostly single engine and used for personal flying. The airport is also home to the Central Texas Wing of the Commemorative Air Force, which has a museum and vintage aircraft. One of the more prominent airport tenants is Redbird, a manufacturer of simulators for flight training since 2006.

A non-FAA control tower opened in October 2011. ATC tower services are provided twelve-hours per day. FAA data indicates there were 61,578 airport operations (landings or takeoffs) in 2012, which averages out to 169/day (or, seven takeoffs per hour of ATC). In March 2013, the facility was on FAA’s list of 149 contract towers targeted for closure during the sequester threat. 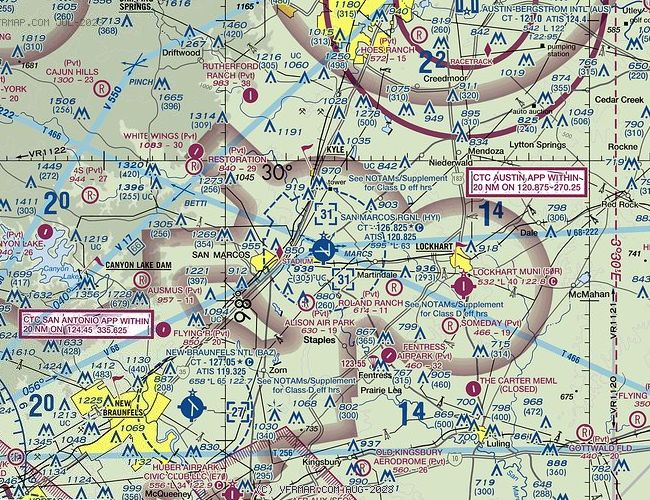