General Mitchell International Airport sits on 2,180 acres, and includes a Wisconsin Air National Guard base and air refueling wing. The airport has been owned by the county since 1926, and includes land used as a private airport as early as 1920.

Operationally, traffic peaked in 1999 and has since declined by 40%. Commercial passenger flights peaked at 194K in 2005 but declined to 117K in 2012. The airlines provide direct service to feed all major hubs; the largest feeds are to Atlanta, Minneapolis, Denver, Phoenix, Detroit, and LaGuardia. The airport has 48 gates and averages 160 commercial passenger departures per day. A Master Plan completed in 2006 calls for substantial terminal expansion, including two new concourses. 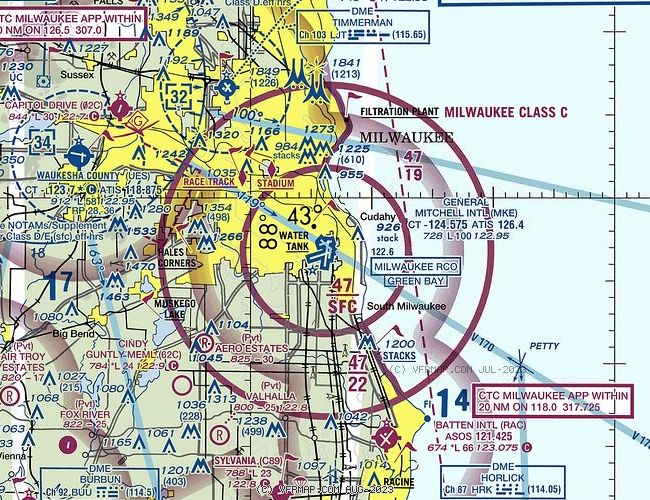