The Chester County ‘Carlson Airport’ opened in 1928, but was acquired by the county in 1959. The airport occupies 352 acres, has no control tower and averages 142 operations per day, while serving as a base for 114 aircraft. A mile to the west of the airport is the Keystone Heliplex Heliport, a private helipad and production facility for Sikorsky Helicopters. 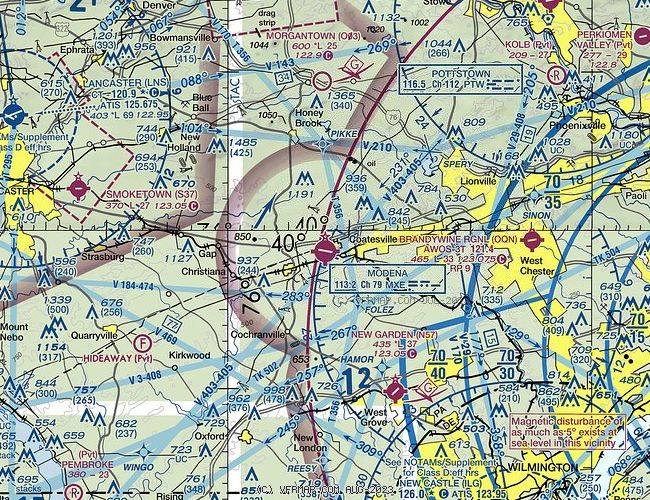