The Mid-Ohio Valley Regional Airport is a quiet airport near the Ohio border, primarily used by GA traffic, but with commercial commuter flights feeding Cleveland via an EAS program subsidy. The airport occupies 1,103 acres and has 45 based civilian aircraft, including 38 single-engine props, three multi-engine props, three jets, and one helicopter. Records also show there are eleven military aircraft based here.

A Federal contract tower provides ATC services 16-hours everyday. There were 74,000 airport operations in 1990, and this number has steadily declined to less than half since. During the last five years, the average was roughly 34,000 operations per year. Put differently, this airport averages 47 takeoffs per day, or three takeoffs per hour of ATC service.

The KPKB control tower was on the list of contract towers on the list in early 2013, threatened for closure under the sequester. 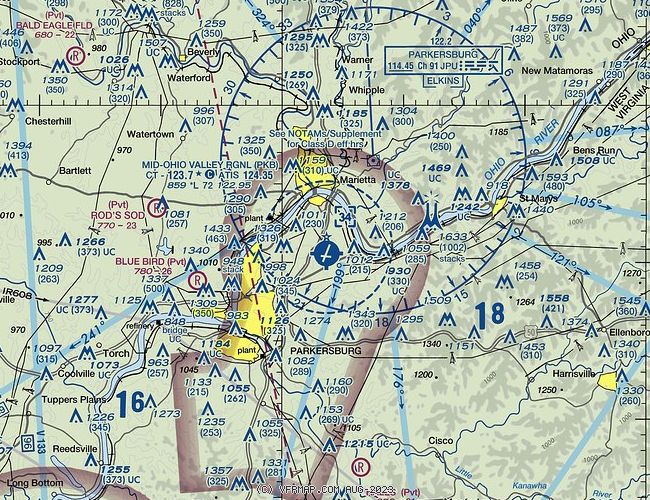