Rapid City Regional Airport, in the southwest corner of South Dakota, is the tourist gateway to Mt. Rushmore and the Black Hills. Although the airport is quite slow, a $20,000,000+ terminal upgrade project was completed in 2012.

Airport traffic peaked in the early 1990’s, at 70,000 annual operations (landings and takeoffs). It has steadily declined since, and since 2007 has held steady with an an annual average of 40,000 operations. For 2012, roughly 16,000 of the operations were commercial passenger flights. 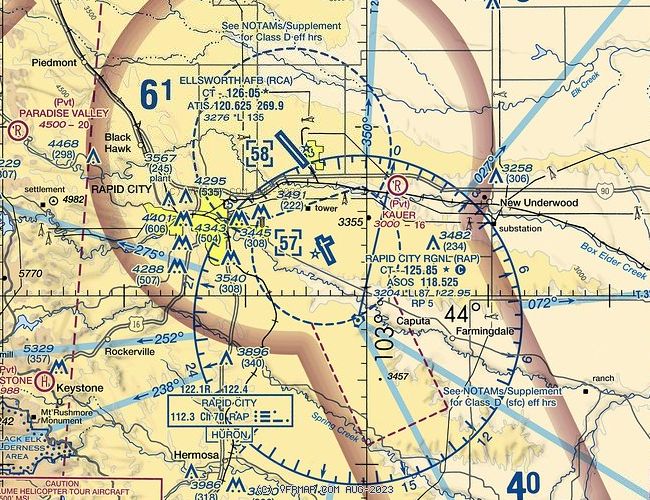 Upgrades to the terminal at RAP, focused on improving the quality of the airport visit. Comments by locals range from appreciative support to those who find this to be a colossal waste of Federal funds. Some comments point to the high airfares that cause them to frequently do long drives to Denver and other airports to save money.