Commercial air service began in Savannah in 1929, but military use of the two airports during WWII delayed development of the present commercial airport until 1949. A series of terminal developments followed, leading to the present configuration, with 15 gates (operating well below capacity, while serving roughly 40 daily departures – and most of these flights use 50-seat commuter aircraft). The airport today sits on 3,650 acres, and is the home of business jet manufacturer Gulfstream Aerospace (Grumman opened their Gulfstream bizjet facility here in 1967; Grumman was eventually acquired by General Dynamics and rebranded as ‘Gulfstream’ in 2011).

An FAA Air Traffic Control tower is open 18-hours per day, and handled 91,324 operations in 2012, with 800,000 enplanements. There are 125 aircraft based at the airport. Operations and enplanements have declined in recent years; the levels in 2005 were 104,000 annual operations and more than a million enplanements.

The commercial passenger service includes direct flights to all major hubs in the eastern half of the U.S, by the major legacy airlines: American, Delta/Northwest, United/Continental, and US Airways. Direct flights go to Atlanta, Charlotte, Houston, DFW, Reagan National, Washington-Dulles, LaGuardia, Newark, Philadelphia, Detroit and O’Hare. A major terminal project completed in 2007 increased the number of gates to fifteen, while also adding thousands of passenger parking spaces. 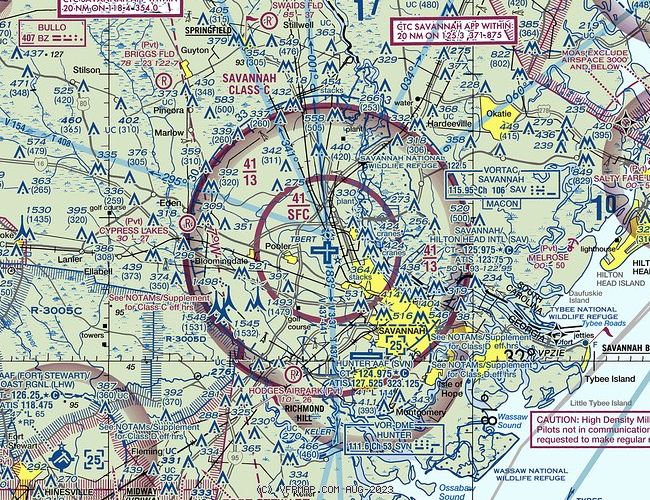