The Salina Regional Airport began in 1942, with construction of the Smoky Hill Army Airfield on 2,600 acres. After WWII, the airport became a Strategic Air Command base, with a twelve-silo underground nuclear missile complex. There was an enormous investment into the airport in the late 1950’s and early 1960’s, in preparation for use by heavy B52 bombers and KC-135 tankers. However, the base and all assets (including the ICBM’s) were removed and relocated elsewhere in 1965.

Today, the airport has a contract control tower open sixteen-hours each day, averaging 268 daily operations. The airport is the home base for roughly 100 private aircraft, and said to be a popular stop for private jets to refuel during coast-to-coast flights. The airport serves as the home of the Kansas State University flight training program, whose local pattern operations account for roughly half of the airport’s traffic count. There is an ongoing Essential Air Service (EAS) contract awarded to SeaPort Airlines (based in Portland, OR) to fly 9-seat Pilatus PC-12’s to/from the Kansas City Intercontinental Airport (KMCI). 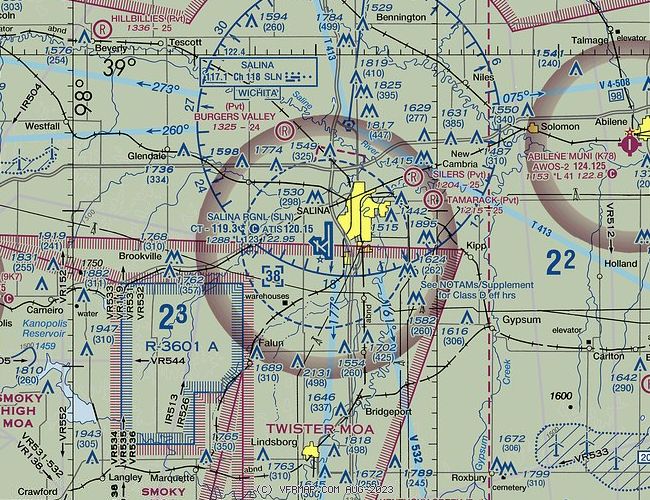