Aurora Airport was originally constructed as a remote strip to support national defense during World War II. In the post-WWII years, it was just a quiet rural airport constructed over some of the world’s finest agricultural soils. In the 1990’s, when FAA put the squeeze on general aviation at KPDX, the many small planes (as well as a few business jets) were forced to relocate to other Portland-area airports. Many of them chose Aurora. In the past decade, huge hangars have been constructed adjacent to the airport property, and Aurora is being expanded into a major jetport, to accommodate corporate flying. It is also being used as an off-site garage for corporate flying, with short hops to/from KPDX, for corporate passengers and VIP’s. Many of these hops are jets, flying at lower altitudes over tens of thousands of homes in the south Portland area. The noise impact — and the safety hazards of low-altitude jet operation — are substantial.

In short, Aurora Airport is being grossly over-developed, and the development is fueled by millions of FAA dollars taken primarily from airline passenger taxes … none of which are collected at Aurora. A very small group of individuals are being enriched in the process. Aviation officials at the state of Oregon (which ‘manages’ this airport) are failing to address these problems, primarily because jet fuel sales at Aurora are their top source for fuel tax revenues.

One of the unique aspects of Aurora Airport is called ‘Through-the-Fence’. In a ‘through-the-fence’ airport, development happens beyond the airport property lines (fences), yet operators are quietly allowed access to airport facilities. There are a few ‘through-the-fence’ airports around the country because, although FAA officially discourages through-the-fence operations, FAA tends to look the other way. This would be like building a bridge but ignoring the construction by private citizens of access ramps beyond the toll booths. Or, like passing laws to end industrial waste disposal into rivers, then selectively ignoring continued violations.

A key problem with through-the fence operations is that they undermine the citizen process intended to happen in airport development decisions; in particular, projects adjacent to but outside the airport property boundary develop without the required environmental reviews. The airport exists in two forms: on paper, and in reality. FAA funding and development decisions are based on the ‘paper’ airport version, not on the real (and far more impactful) airport version. 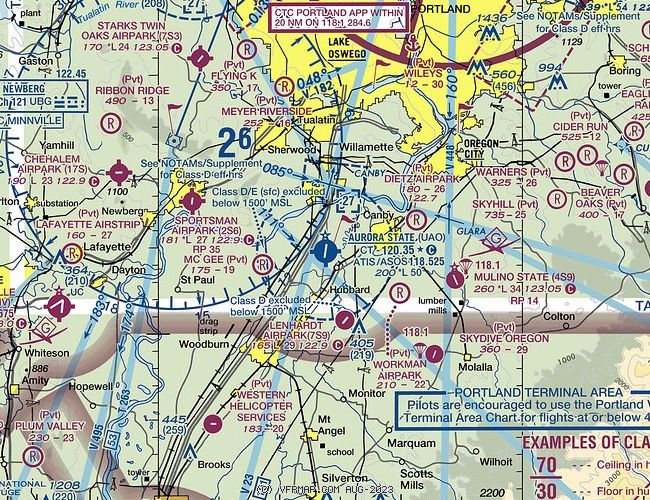