The airport existed as a gravel strip in the early 1930’s, but was built up in 1940 in support of the war. Two paved runways were added, and the airport was used for training by the United States Army Air Force. After the war, the airport was transferred to the local community, with today’s runway configuration.

The airport sits on 825 acres in the middle of the Yakima Valley, an area noted for tree fruit, hops, grapes and other agricultural products. A contract control tower is open 16-hours everyday, and handles roughly 100 operations per day. Alaska/Horizon offers a pair of flights daily, to/from SeaTac. There are 162 private aircraft based at the airport. Both commercial and GA operations have steadily declined for many decades, and are down 55% from 1990.

Although the level of air traffic has been steadily declining for decades, the airport persists as a mechanism for the annual collection of federal funds. The contract tower is funded at roughly $700K per year. As for airport construction, essentially, taxes are collected from all U.S. commercial aviation (mostly from passengers), and at least one million dollars per year of these ‘Airport Improvement Program’ (AIP) funds are provided to the Yakima airport authority. Given the low level of traffic (as well as the steady decline for more than two decades), it is not clear if any of this invested federal money is actually ‘improving’ the airport.

The airport is also the home of CubCrafters, a GA manufacturer at Yakima since 1980. In 2012, the company delivered a record 58 new planes. 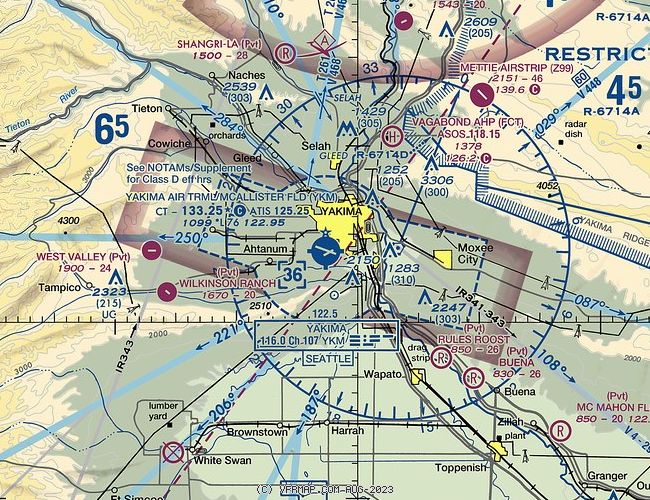