Birmingham-Shuttlesworth International Airport opened in 1931, offering seats on flights by American on the route connecting Atlanta and Fort Worth. The airport was handed over for use by the U.S. Army Air Forces for the war effort, and was used as a fighter base. When the airport was returned to civilian use after the war, it was much improved with land acquisitions, new buildings, new pavement, and more.

A current $200 Million project is ongoing, and new terminal facilities opened in early 2013. The current airport measures 2,000 acres, including homesites acquired and removed to the north of the airport, on the approach area to Runway 18.

FAA controllers staff the tower and TRACON 24/7. The 103,098 airport operations in 2012 equates to 282 operations per day, thus an average of six takeoffs per ATC-hour. FAA records show the airport is home base to 108 single-engine props, 56 multi-engine props, 57 jets, and seven helicopters. There are also 14 military aircraft at an air guard base. 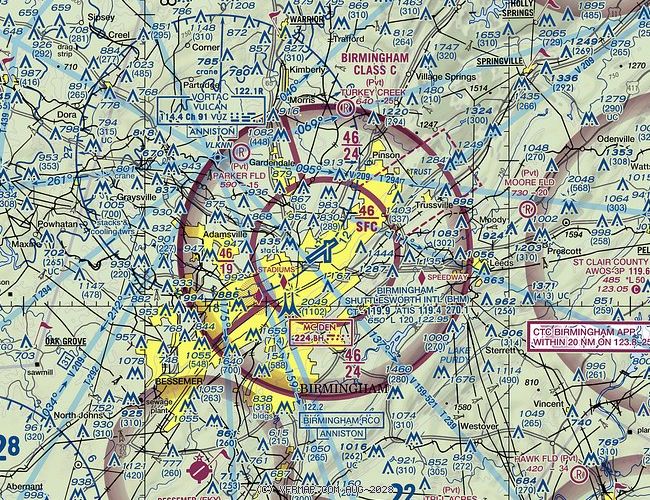