The fifth-busiest FAA tower in Colorado, Rocky Mountain Metropolitan Airport is adjacent to Broomfield. The tower is staffed sixteen-hours every day, and averages 333 operations per day.

The airport first opened in 1960. It has grown consistently with new development in the surrounding area, both commercially and residentially. At last report, the airport has 349 based aircraft, including 64 multi-engine, 32 jets, and 16 helicopters. 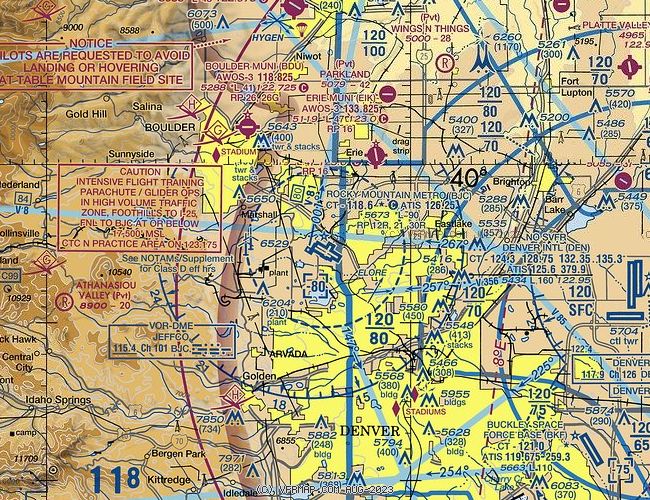