Danville Regional Airport is in central Virginia, just north of the border with North Carolina. It is roughly seven miles west of the Virginia International Speedway, and is used for general aviation access to racing events. The airport has existed since at least 1948. One record indicates that Piedmont Airlines used to offer six daily flights out of Danville.

The airport has no control tower and sits on 800 acres. It is the home base for 33 civilian aircraft, including 29 single-engine props, and four multi-engine props. 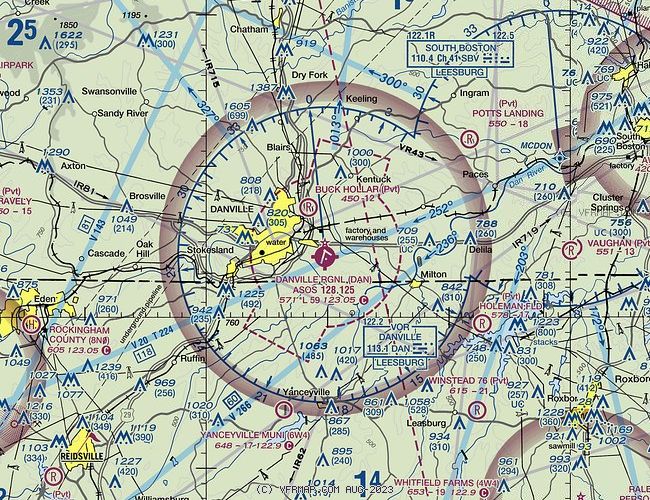