Duluth International Airport is operated by the City of Duluth and serves as a joint civil/military airport. Sitting on 3,020 acres, KDLH is the primary commercial airport serving the Duluth/Superior area.

There are 65 civilian aircraft based here, including 49 single-engine props, ten multi-engine props, three jets, and three helicopters. The Minnesota Air National Guard has an F-16 fighter wing based here, with 21 military aircraft. FAA ATC services are provided 24/7. FAA data shows there were 61,446 operations in 2012. This averages out to four takeoffs per hour of ATC operation, or an average of seventeen-minutes between takeoffs.

This has never been a busy commercial airport. Airlines offer regional/commuter feeder service to O’Hare, Minneapolis, and Detroit. Allegiant flies to Florida, Nevada and Arizona. 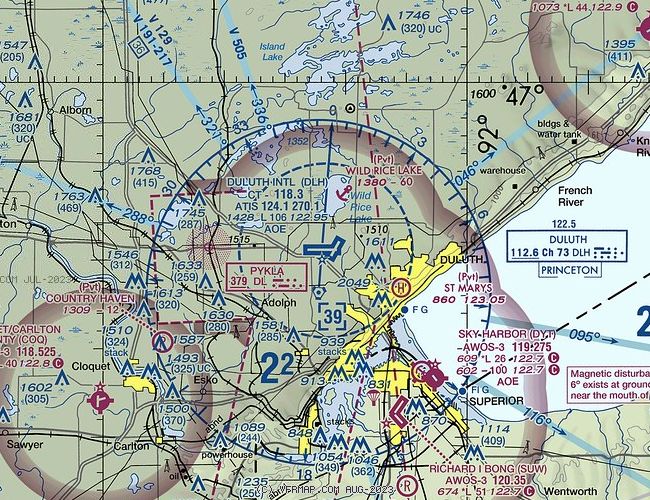