The primary commercial airport serving the San Antonio area, SAT opened in 1942. Southwest is the dominant carrier, with 35% of all passengers.

Airport operations peaked in 1998, and declined 34% by 2012. The total number of enplaned passengers has increased slowly over the years. 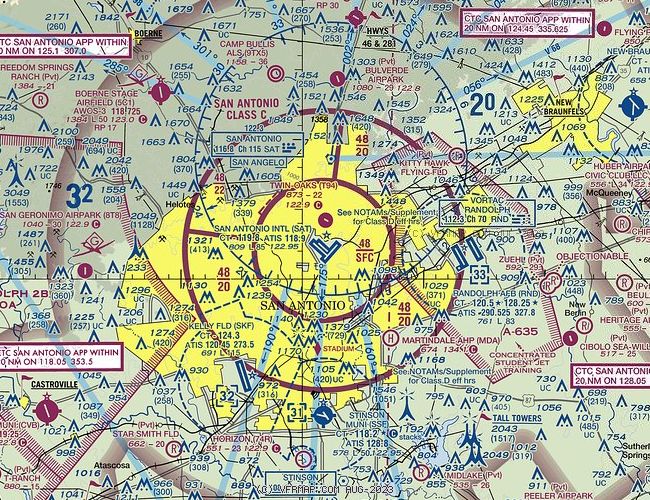 FAA allocates AIP funds for airport development, with a portion dedicated to noise abatement. But, a GAO report from 2012 notes that FAA is failing to update noise exposure maps. Thus, some neighbors impacted by airport use are not eligible for better home insulate, replacement windows, etc. This article describes the problem impacting SAT neighbors Bob and Linda Smith. GAO found that the problem existed at airports throughout the country.