Pearson Field Airport is said to be the oldest U.S. airport still in operation. The claim rests on the fact that a dirigible landed at the site in 1905. The first airplane landed at this location in 1911. From 1923-1941, Pearson was the home to the U.S. Army Air Service. The first transpolar flight, which had flown more than 63-hours from Moscow, Russia, landed at Pearson Field. Perhaps because of these events, an agreement was struck between the City of Vancouver and the National Park Service in 1994, with both Fort Vancouver and Pearson Field to be managed as a National Historic Site.

This general aviation airport is on a tiny 140-acre parcel, and is entirely within the National Historic Site. FAA data indicate the airport is home base for 106 single-engine props, three multi-engine props, and one helicopter. This is an uncontrolled airport, and the estimated average daily activity is 143 operations per day.

The close proximity to Portland International Airport (KPDX) is problematic. Commercial flights in and out of PDX follow the Columbia River for noise abatement, and any pattern traffic at Pearson is a hazard. So, the usable airspace around Pearson (as depicted on the charts) is very limited. 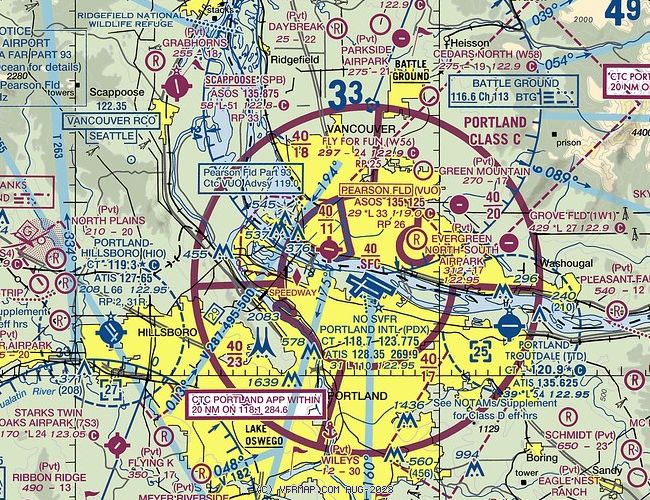