The House Subcommittee on Aviation, chaired by U.S. Rep. Frank LoBiondo (R-NJ), will hold a hearing next week to review the Federal Aviation Administration’s (FAA) air traffic controller hiring, staffing, and training plans and related issues. Here is a portion of the press release, including times and a list of the four witnesses:

The House Transportation and Infrastructure Committee, under Chair Bill Shuster, has been pushing hard to privatize ATC. Although most controllers are opposed, the NATCA leadership has been offering testimony and news stories that are aimed at getting Congressional approval of ATC privatization. One of the witnesses is Paul Rinaldi, head of NATCA, who has been pressing an absurd point, claiming ATC is using archaic technologies including ‘paper strips’. Another witness, Randy Babbitt, was forced to resign from his position as FAA Administrator when he failed to report an alcohol/driving charge after a Christmas party in 2011; after his abrupt resignation, he was quickly hired by Southwest Airlines.

Below are scrollable PDF files listing the committee members. These may be helpful for identifying speakers during the proceedings. They also can be used to study how powerful Congressional committees are structured, and how severely gerrymandered their districts tend to be (to ensure their reelection). 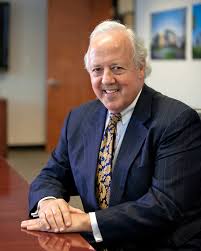